Catching a Suspicious Broker Operating Without a Cross-Border Agreement

Here is K.K.’s story in her own words:

“I was cheated by a broker. I saw a video online and went to the website it linked to, which brought me to a registration page. I didn’t know much about the type of investment that was being offered so I left my name and number. The next a lady called me from an overseas number. When I asked for more details, she informed me that a professional would contact me.

“After a few hours, a man who introduced himself as a broker called and advised me he would guide me with my investments. All I needed to do as a beginner was to invest a minimum of $250. I followed his advice and made a payment transfer through their portal. Initially I saw that some small profit was generated. But then, after two or three more tries, my profits reached five figures. But then he explained to me that there was no stop-loss margin, so I needed to pump in more money to sustain the trade.

“I did not know what a margin was. What I did know is that one morning I saw that I had suffered a major loss, so I asked the broker how such a thing could happen. He blamed me for not depositing more money, but if I were to do so immediately he could help me recover my loss. I thought I had no choice and did what he said but the trades just made me lose more money. So I stopped communicating with the broker to consider how I could manage the situation. Soon, another man contacted me and introduced himself as a ‘risk specialist’ who would help me recover the funds I lost. I was indecisive at first, but he sounded sincere so I made a small deposit. Once again, however, I saw a small profit at first but then soon lost everything on a trade.

“I started to realize that this is just one big scam and vowed not to speak with any of them any longer. I was so sad and started to wonder how I could get my money back. And then I found MyChargeBack.”

Once K.K. sent her documentation to MyChargeBack, our investigators discovered that the company that she engaged was not licensed to operate as a brokerage in Malaysia, where she resides, or even in Britain, where a private home in a residential neighborhood is listed as a fictitious office. Instead, it was actually based in the Central American country of Belize, where licenses for financial service firms are relatively easy to obtain. Therefore, we immediately filed a complaint with the International Financial Services Commission (IFSC), the Belize government agency responsible for financial regulation. We informed the IFSC that Malaysian financial regulations prohibit a foreign brokerage to offer services to Malaysian residents without what is known as a “cross-border agreement,” which this particular firm did not have, and therefore was operating illegally.

Moreover, the brokerage in question already had been the subject of a warning issued by the Financial Markets Authority, the New Zealand regulator, which found that its parent company “may be involved in a scam.” That being the case, we decided to take two additional steps. The first was to submit a request for a wire recall to K.K.’s Malaysian bank. We explained that to the bank that it did not conduct due diligence to confirm that the beneficiary of K.K.’s wire payment was properly licensed to provide financial services to a Malaysian citizen. The second was to have one of our attorneys to send a legal demand letter to the brokerage itself to request compensation on behalf of our client.

K.K.’s bank approved the wire recall and refunded her $9,000. The legal demand letter to the merchant, coupled with the complaint that had already been filed with the regulator, convinced it to offer a settlement of $4,730, which K.K. happily accepted.

A common tactic favored by financial scams is to attempt to confuse both its victims and investigators by using fake addresses in countries in which they actually have no physical presence. Another common tactic is for the scam to obtain some sort of business license in a small, underpopulated country whose weak regulatory infrastructure cannot consistently monitor its overseas operations. MyChargeBack is very familiar with subterfuges like these and spots them immediately.

We also know how to uncover critical evidence and cite it in communicating our requests to regulators, banks and merchants. In this way we maximize the chances our clients will successfully recover their funds, which certainly made the difference in this case. 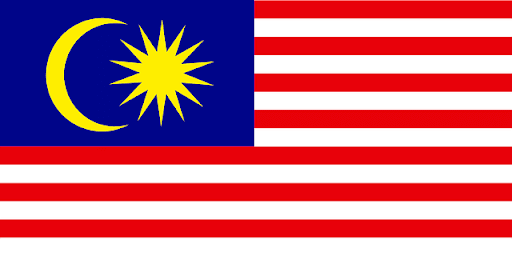