Case Study: Convincing a Prosecutor to Authorize a Police Investigation of a Crypto Crime

This case involved the following MyChargeBack services: cryptocurrency blockchain analysis, a legal demand letter and direct communication with the prosecutor.

G.D.’s story began at the end of July 2021 when, quite by chance, he decided to click on a YouTube video with an interesting trailer. It introduced him to an ostensible online investment brokerage that promised quick profits ranging from 100% to 130%. So, he decided to send in his phone number to learn more.

About 10 days later he received a call. He asked for more information about the brokerage’s services to be sent to him by email, but nothing arrived. What he did receive, however, was a seemingly endless number of additional phone calls. To entice him, he was provided with temporary access to the broker’s online platform in order to engage in simulated investments and see how he would have profited from them.

Of course, no one who spoke to G.D. informed him about sensitive mechanisms such as leverage, and the risks associated with it. So, having been convinced there was nothing to lose and everything to gain, he signed up.

In order to start trading, G.D. had to download and install specific software, and was then assisted by an “advisor” (who he was not given the opportunity to select for himself). The advisor assisted him in opening up a Kraken account and showed him what to buy. That should have been a red light, since the owner of an account at a legitimate crypto exchange like Kraken does not require any outside “advisor,” but he did not know that at the time.

G.D. began with a minimal allowable investment of $250, which he transferred to the brokerage using his credit card. After making a series of trades over the next few days he was confident that he understood how the system works and decided to increase his investment to €1,500 through a direct payment from his own bank account to Kraken. As he continued to trade he was receiving daily phone calls from the online brokerage. His advisor was using those calls to pressure him into making certain specific decisions, claiming that if he did not he was bound to lose.

As a result, G.D. decided to test the broker’s credibility. He requested a withdrawal of a symbolic $100, which came about three days later, albeit following a series of delaying tactics. As soon as it was repaid the advisor notified G.D. that he now had to recapitalize his account so it would not show any minus. To do so the platform provided him with what turned out to be a fictitious cryptocurrency, and told him he had to repay it within 72 hours and up the ante even more, which he did by purchasing a total of 0.77 ฿ (then valued at $43,730). It soon seemed like a great investment when its value reached $113,000, or so he was led to believe.

What was puzzling for G.D. was that before each purchase of bitcoin the trading platform sent him a QR code that he was told to add to his Kraken wallet. That only strengthened his conviction that something wasn’t right, so he informed the platform that he had decided to withdraw his funds. Immediately afterwards, he checked his Kraken account and found that it was now empty. He quickly checked the market prices and found that nothing traumatic had happened that could explain that.

G.D. immediately blocked all his credit cards, bank accounts and restricted access to his personal information online. He then notified his local police and even hired a private detective, but those options were dead ends. He kept searching for alternatives and eventually found MyChargeback.

At first, G.D. was convinced that the Polish police and prosecutors would not prove to be helpful and, in fact, would be “the least interested in getting my money back.” So we had our work cut out for us.

Of course, our first order of priority was a full cryptocurrency blockchain analysis to uncover the wallet into which the client’s bitcoin was ultimately deposited. MyChargeBack’s forensic crypto investigators were able to uncover that three weeks after we received all the required documentation. The wallet was hosted by a major crypto exchange that is registered in Seychelles, an archipelago located in the Indian Ocean.

The second step was having an attorney send a legal demand letter to the exchange to request information about the wallet owner and the holders of all other wallets the crypto flowed through en route. In addition, the letter noted that we expect the exchange to fully cooperate with law enforcement authorities.

Finally, the third step was for G.D. to file a criminal complaint with his local police and submit to them the data uncovered through our cryptocurrency blockchain analysis as evidence so that the wheels of justice could start rolling.

In following up on the case, a MyChargeBack certified forensic cryptocurrency investigator wrote and then spoke to the relevant public prosecutor in Poland whose approval was required for the police to pursue the suspects. He reviewed the report we prepared and explained why its findings are reliable. He noted as well that our reports have been used in courts of law as a basis for obtaining subpoenas to gather additional evidence.

To his surprise, G.D. was informed several days later that a detective had been assigned to follow up on his complaint under the prosecutor’s supervision. Without the evidence that MyChargeBack’s cryptocurrency blockchain analysis uncovered, the case would have been closed. “I was afraid that they would decide to discontinue the proceedings,” G.D. said. “Fortunately, they put their pride aside and decided to take advantage of the help we offered them.”

Because MyChargeBack has the experience of interacting with over 450 different law enforcement agencies around the world pursuing cases on behalf of our clients.

Because MyChargeBack informed the prosecutor that our reports are regularly employed by local police departments to obtain the KYC (“Know Your Customer”) information they require from crypto exchanges to identify culprits and bring them to justice.

And because MyChargeBack, as a leading provider of cryptocurrency tracing, confirmed for the prosecutor that the account holders linked with the crypto addresses in G.D.’s case also have been tagged in numerous others as well. That alone justifies that these account holders should be targeted for investigation for mass fraud, tax evasion and other online crimes.

At a Glance: MyChargeBack in Poland 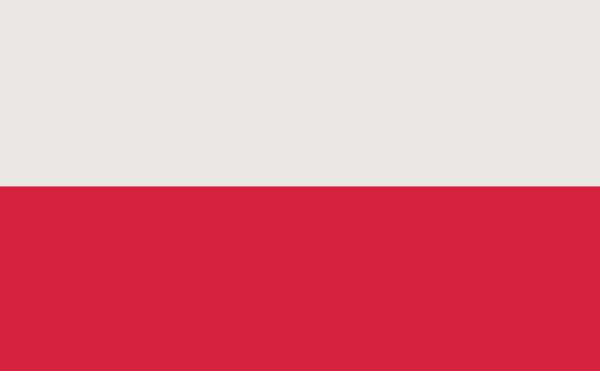