The Bank Said “No” to a Chargeback, So We Found a Better Solution

Case Study: The Bank Said “No” to a Chargeback, So We Found a Better Solution

This case involved the following MyChargeBack services: chargeback assistance, appeals to government ombudsmen, a GDPR request,  and negotiations with the merchant.

A.V. came across an enticing advertisement on social media concerning trading in stocks, indices, commodities, and CFDs, among other assets, and asked for more information. He was soon contacted by an international brokerage operated by a parent company that, according to its website, was regulated by the Vanuatu Financial Services Commission (VFSC). Since the brokerage was trading in highly regulated financial instruments, A.V. knew that it required a license to do so and, even though the South Pacific island paradise of Vanuatu is better known for its coral reefs and underwater caverns than it is for robust financial regulation, he was initially satisfied that the VFSC was able to provide the stringent oversight that is expected of a government agency. Recognizing that all investments entail certain inherent risks, he took a chance and deposited money with this brokerage using his credit card.

As is so often the case with brokerages sporting easy-to-get licenses from small, underpopulated offshore jurisdictions, A.V. found that it was impossible for him to withdraw what he assumed were his profits when he decided to do so. He wrote to the brokerage to complain, but his request was rejected. He then attempted to raise a dispute with his bank, claiming correctly that the beneficiary has not provided the services that were contracted. The bank, however, claimed that A.V. filed his request after the 120-day deadline for applying for a chargeback had passed.

At that point A.V. found MyChargeBack and signed on as a client.

The MyChargeBack confirmed for A.V. that the brokerage in question committed two major regulatory infractions. The first was that it did not deposit his funds into a segregated account to facilitate withdrawals. The second was that even though it was licensed in Vanuatu, it was not licensed by anyone to offer investments to residents of India or in the United Kingdom, either. That meant that A.V.’s British bank and payment processor were amiss in not interdicting his credit card deposits.

In addition, MyChargeBack discovered that the brokerage’s operator was also licensed by the Cyprus Securities and Exchange Commission (CySEC), that country’s financial regulator. Moreover, even though the brokerage used a Swiss telephone number, it was not regulated at all in Switzerland.

All of that opened up a number of avenues to pursue A.V.’s case.

First, we appealed the bank’s rejection of a chargeback to its internal complaints department.  We argued that the bank was incorrect in dating the 120-day deadline for raising a dispute. While the bank claimed that the 120 days began on the day of the first deposit, we cited chapter and verse of  the credit card chargeback guidelines to argue that the time period should have begun on the date of the last deposit. The bank, however, refused to budge so we escalated the case to the UK’s financial ombudsman. Simultaneously, we lodged a similar appeal with Cypus’s bank ombudsman.

We then escalated the pressure by submitting a General Data Regulation Protection (GDPR) request to the merchant, since any firm registered in Cyprus, a member state of the European Union (EU), is subject to the provisions of the GDPR, a EU consumer protection provision. It  requires companies doing business in the EU (or with citizens of EU member states even if they reside abroad) to provide EU customers, upon request, with copies of all internal their documents that mention the client or refer to his or her transaction. Should a merchant fail to comply with a GDPR request, the fine could reach up to €20 million.

Ultimately, the UK bank ombudsman promised to take action if the merchant would not voluntarily agree to reimburse our client. For its part, the Cypriot ombudsman declined to take action, recommending instead that we appeal to CySEC, which would was a step we preferred to avoid since it would have been a much more lengthy process and delayed even further the refund that A.V. was due. But that proved unnecessary anyway, since the GDPR request accomplished what we sought.

Following extensive negotiations, the merchant volunteered a settlement amounting to 40% of A.V.’s total deposits. Both MyChargeBack and the UK ombudsman viewed that as a good settlement, since it put money back into A.V.’s hands right way, without prolonging what otherwise could have been a much longer process with no guarantee that the end result would produce a better result. After considering his options for two months, A.V. accepted the offer and expressed thanks for all that we had done on his behalf.

This case serves to demonstrate how MyChargeBack can design a strategy for a client that is both effective and yet dynamic. Our advantages in tackling it were that we know how firms like this particular brokerage operate in skirting the law, we know how to uncover information about them that they otherwise seek to keep from their victims, we know how to use a tool like GDPR to pressure them, and we know how to negotiate with them when they finally come to understand that it is in their best interest to do so.. 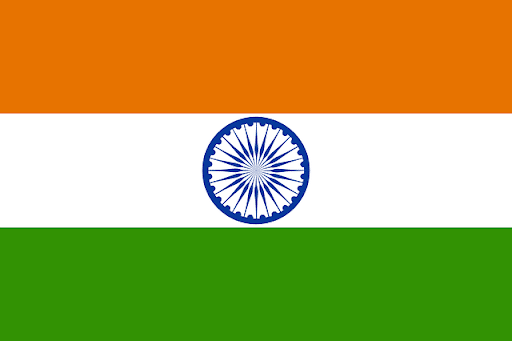