The B&B that Wasn’t as Advertised

Case Study: The B&B that Wasn’t as Advertised

This case involved the following MyChargeBack services: preparation of a chargeback request.

A.C. from New York state, who is married with seven children, decided to reward his large
family with a well-deserved vacation. Due to his responsibilities as a businessman, he couldn’t
take a long time off from work, so he decided instead to get away from it all by taking his brood
to a rural retreat for a weekend. So, like many others in his position, he went online to a popular
site that lists B&B accommodations around the world to see what he could find. And he found
what he thought were ideal accommodations on a farm, a day’s journey from the hustle and
bustle of the city in which the family resides. What particularly impressed A.C. were two photos
of the large swimming pool he saw on the B&B’s ad on the site, which he realized would be a
treat for his children. He paid his deposit online and everyone started to pack.

Imagine their reaction, therefore, when they arrived, only to discover that there was no
swimming pool. It was fake advertising, pure and simple. To add insult to injury, they weren’t
impressed either by the pipe that burst that flooded the cabin they were assigned by the B&B
manager. After one night, A.C. packed his family back into their car and drove back home.

A.C. did speak with the owner of the B&B, who, rather than address the complaint, went on the
offensive. He said he had considered the idea of providing A.C. with a credit to cover the
family’s next stay at the facility, but now wouldn’t do so because he considered the complaint to
be “blackmail.”

Realizing that the owner was not going to cooperate, A.C. contacted the site’s customer support
team. He didn’t blame the site for having hosted a fictitious ad. After all, there is no way a
website with an international reach it can investigate every one of its listings and verify that
every photo of every accommodation accurately reflects reality. Nor is it responsible for a burst
pipe. But he did feel that he was entitled to his money back somehow because he didn’t receive
what he paid for.

Unfortunately, the site’s customer service center explained that A.C. wasn’t entitled to a refund
because he contacted them more than 24 hours after his arrival at the B&B. That’s their rule,
even if A.C. was delayed because he had to ferry his family back home first. But raising the
issue with the site did convince the B&B owner to refund A.C. $100, which represented the
“cleaning charge.” Perhaps the owner assumed that doing so would placate A.C. and ensure
that his B&B would continue to be in good standing on the site.

But that $100 represented only a small fraction of the money that A.C. paid, so he turned to
MyChargeBack for help.

Upon hearing his story, the first thing that MyChargeBack explained to A.C. was that the site’s
refund policy was irrelevant to his case. It would be relevant, of course, when consumers pay in
cash, or bank wire or check, but not in this instance. Since A.C. paid in-full using a Visa credit
card, however, he was entitled to raise a dispute at his bank because chargeback rules clearly
permit it when the transaction in question was secured through false advertising. There was no swimming pool. MyChargeBack prepared the chargeback request for A.C., who then presented
it to his bank.

A.C.’s bank raised the dispute with the online site that hosted the misleading description of the
B&B. He received his chargeback 45 days later. It was as simple as that.

Clearly, what enabled A.C. to win his case was MyChargeBack’s expertise, and in particular, its
thorough familiarity with the chargeback guidelines. That is no small matter. At the time of the
dispute in question, for example, the Visa Core Rules and Visa Product and Service Rules
alone ran to 889 pages. The Dispute Management Guidelines for Visa Merchants was another
68-pages long. MyChargeBack is able to win cases like this for its clients for the simple reason
that it knows what’s in those documents, backwards and forwards.

At a Glance: MyChargeBack in the U.S. 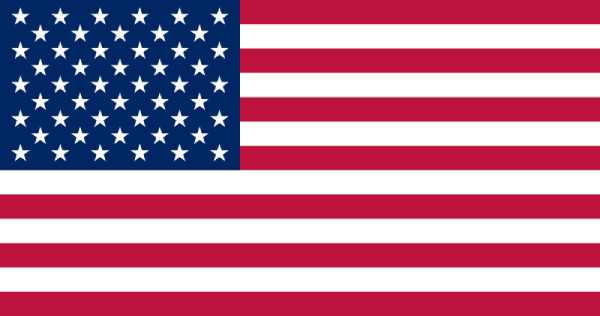 ● The case involved payment for weekend accommodations for a family at a luxury B&amp;B
that was listed as having a swimming pool
● The proprietor of the B&amp;B refused to refund the cost of the stay after the misleading
advertisement was brought to his attention
● A full chargeback was obtained after the client’s bank raised a dispute with the site that
hosted the misleading description of the property

Payment made by bank