This case involved the following MyChargeBack services: preparation of multiple chargeback requests, a response to the merchant’s representations and submission of evidence to credit card arbitrators.

J.H. is a man living in his native Singapore who got involved in an online trading/investment platform as part of his investment strategy. Within less than a month of signing up with them, he had deposited approximately €23,000 using two Visa cards and a Mastercard issued by two separate local banks. Despite all going to the same broker, however, there were two different merchants listed on the various transactions.

J.H. realized that something was amiss when he tried to withdraw his funds. After repeated withdrawal requests were either ignored or denied, he rightly concluded that the merchant had no intention of parting with any of his money. He therefore turned to MyChargeBack for help.

As with all new cases, MyChargeBack‘s first task was to collect all possible documentation pertinent to our new client’s case. Some of this was provided by J.H. himself following our instructions and guidance. This included credit card statements, merchant communications, contracts, account screenshots, and more. Other evidence was gathered as a result of research conducted by our documentation team. That included conclusive evidence about the merchant’s unregulated status and inability to offer regulated financial products in contrast to its promises to do so.

Once we had all the evidence we needed, the time had come to compile it into a single document for our client to file with his banks. This document needed to be both comprehensive and concise.

Comprehensive and concise. Two contradictory terms, and yet we needed both. Comprehensive, because the absence of any critical data would fail to prove our client’s case, and result in a failed chargeback. Concise, because burying a banker in a pile of repetitive facts and figures would result in the evidence remaining unread while the banker simply chooses the easiest option: rejection of the case.

It is an uncomfortable fact that employees of an issuing bank’s dispute department have awesome discretionary powers raising or rejecting a payment dispute. When hundreds of pages of chargeback rules run up against the confusing facts of a complex dispute scenario, it can be a matter of delicate interpretation.

It is, therefore, our job to present our client’s case in the most persuasive manner possible to help the banker come to the correct conclusion: to raise the dispute.

Unsurprisingly, with all the evidence in hand, both banks did, in fact, raise the chargebacks for all the transactions. Nevertheless, we warned our client ahead of time not to get too excited about this. In the majority of cases, raising the chargeback is less than half the battle. The merchant, after all, has the right to respond. And respond they did.

The merchant’s response was (probably intentionally) a confusing mishmash of irrelevant and obfuscatory details. While they proved, for example, that the transactions were authorized, that fact was not in dispute. They also asserted that losses on investments are not eligible for chargebacks, which is irrelevant since the dispute at hand was over refused withdrawals, not failed investments. And they demonstrated that their customer had agreed to their terms and conditions, which again is irrelevant since they themselves did not abide by them.

The immediate result of the merchant’s response was to pause the chargebacks pending our own response. This is something we had prepared ahead of time, based on our experience with similar cases in the past. We rebutted every single one of the merchant’s arguments point by point.

What came next is a perfect example of the banker’s discretion that we mentioned earlier. The chargebacks for a small number of the transactions were rejected outright. Fortunately, most were accepted as final. Two transactions, totaling €4,800, ended up being sent to Mastercard arbitration for a final decision.

With most of his money having been irreversibly returned to his account, J.H. was understandably pleased, but of course €4,800 is not an insignificant sum. MyChargeBack‘s job was far from finished as we prepared anew all the pertinent evidence, this time for the eyes of the Mastercard arbitrators. This one final piece of the puzzle took well over half a year! In the end, the result of the arbitration was to refund the entire €4,800. Our client was thrilled to have received the large majority of his disputed funds back.

The maze of interlocking rules, regulations, and bank preferences that this case possessed would have understandably left most consumers with an nearly insurmountable hurdle to successful conclusion. It is simply outside the expertise of almost anyone.

MyChargeBack, on the other hand, has the skill to navigate complex disputes such as this one because we have handled countless similar cases. For that reason, we know what potential problems to expect and how to avoid or overcome them.

We also know when not to give up or leave money on the table. A company or individual with less expertise may have been satisfied with a substantial win, especially after so much work, given how much more work would be required to navigate the arbitration process for the final €4,800. For MyChargeBack, however, it was just part of the job.

At a Glance: MyChargeBack in Singapore 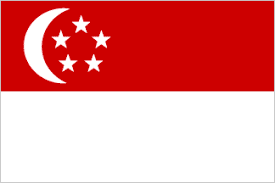