Waiting for the Financial Ombudsman Finally Paid Off

Case Study: Waiting for the Financial Ombudsman Finally Paid Off

After seeing an advertisement for an online investment opportunity, H.M., who lives in London, was interested. After all, the brokerage that placed the ad promised her that it offered a self-directed investment account with the ability to trade regulated financial instruments such as stocks, CFDs, binary options, and commodities from the convenience of her own home. And signing up was simple.

The next step was to transfer funds, which she did by debit card. The broker promised that her money would be deposited in a dedicated investment account that it would create for her. Once that step was complete H.M. began to use it to trade financial instruments such as stocks, CFDs, binary options, and commodities. Or at least that’s what she was told she was doing.

After doing a bit of research on her own, however, H.M. realized it was all a fraud. In reality, she had no trading account. And there was no trading. It was simulated. The broker’s trading platform was phony, nothing more than a sophisticated video game. There were no “buys” and “sells” that were actually executed. And the broker wasn’t even a broker either, since it had no authorization to operate as one in the United Kingdom or provide an investment platform to UK residents. So, she demanded to withdraw her funds, but the “brokerage” refused to cooperate.

After consulting lawyers, H.M. decided to initiate a chargeback. Unfortunately, that went nowhere. Her bank, one of the largest in the country, did attempt to raise disputes with the brokerage’s bank. But it turned out that the merchant’s bank rejected her claims.

Seeing she was up against a brick wall, H.M. contacted MyChargeBack.

Having shepherded chargebacks for investors who had fallen for both this and similar online scam sites, MyChargeBack knew what to do. We prepared a 16-page brief for the  bank explaining why a chargeback was consistent with the credit card network’s own rules and regulations. We also uncovered the reason why the acquiring bank was uncooperative. It claimed it needed to review “a copy of the complete Trading Logs showing the data, withdrawal amount, and available balance at the time of the withdrawal request.” So we reconstructed all the missing data that the merchant’s bank required. Unfortunately, it was still unmoved. So we escalated the case and appealed the case to the Financial Ombudsman Service (FOS), which reviews and settles complaints between consumers and businesses that provide financial services, including, of course, banks.

We also had an attorney dispatch legal demand letters to the UK’s National Fraud Intelligence Bureau (NFIB), a police unit responsible for gathering and analyzing fraud and financial cybercrime. While the NFIB reviewed the case, but was not able to “identify a line of enquiry” that could be pursued by law enforcement. We disagreed, of course. H.M. was the victim of an illegal scam. But given that the possibility of seeking redress via the police now appeared to be closed to us, we had no alternative other than waiting for the FOS to reach a decision. It did.

Just under four years later it ruled that H.M. had indeed been entitled to the chargebacks due to the banks’ lack of due diligence and ordered them to pay her 80% of the amount that she originally claimed.

MyChargeBack promises to invest 100% of its effort on behalf of every client whose case we accept, no matter how long it takes. And as this particular case shows, we mean it. We literally tried every address, from the bank to the payment service processor to the police and finally, to the ombudsman.

Waiting can be nerve racking, and that is exacerbated by the fact that most financial regulators, ombudsmen and other government agencies do not face an imposed deadline to render a decision. And while this specific case took far longer than others to reach resolution, MyChargeBack is willing to wait as long as it takes.

MyChargeBack in the UK 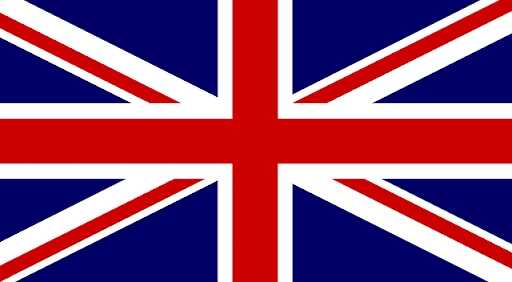 Case settled by a government agency